When I was thinking about my five-week interrailing trip around Europe for the summer of 2017, I knew I wanted to dedicate at least a week to Spain. Somehow, I had never been before, and here I had the opportunity to explore it to my heart’s content. Or slightly less, as it would turn out, because Spain has a lot to offer and one week is not a very long time at all. If you want to read more about my travels in this spectacular country, you can head to my other blog, but for this post I want to focus on the beauty of the northern Spanish countryside and where I stayed in La Riera, on the fringes of the Picos de Europa National Park.

The town of La Riera itself is tiny – with a permanent population of just twenty individuals and a mere handful of buildings, it was not easy for me to reach when I arrived in early July. However, the trials of attempting to decipher the rural Spanish bus timetables proved worth every agonising minute, as this town is ideal for accessing the Picos. In the summer months, a shuttle bus runs from a nearby bus stop up to the Lagos de Covadonga (the Covadonga Lakes), from which several hiking routes spiral out in to the mountains beyond. 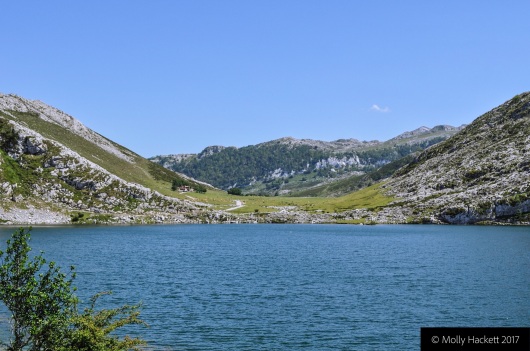 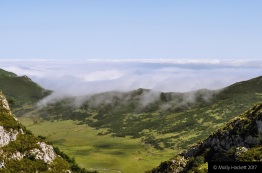 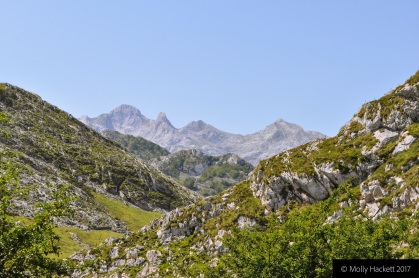 Being the adventurer that I am, I picked the route that looked to be about the duration I was hoping for, and set off on my merry way without much second thought. I ended up scrambling up and down mountains, dodging cows, and suffering from mild heat exhaustion, but that’s a story for another post. In any case, it was all worth it in the end, because the Picos are truly one of the most spectacular sights I’ve ever had the good fortune of seeing.

The Picos are indescribably beautiful. The rocky, snow-capped mountains rise up all around you, countless in their number and forming row upon row of jagged peaks stretching back along the horizon. Between these, mist swirls upwards and along to the west, where the hills recede and duck below the blanket of inverted clouds that hide the land below.  Strolling through the valleys and pastures here, I found it hard to believe I was even in Spain, as the views are so far removed from what I had expected of the Spanish countryside. 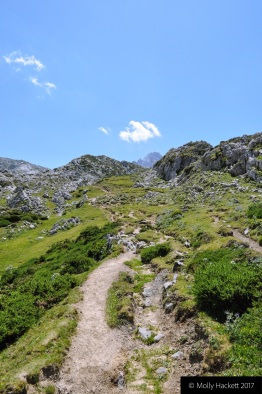 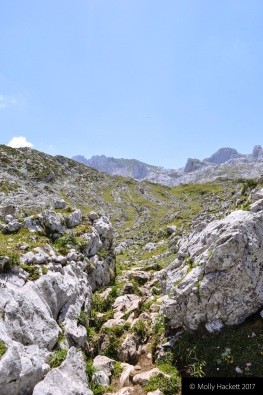 The pinnacle of my route – the Mirador de Ordiales – was simply breathtaking. From below, this viewpoint is really unremarkable. It looks just like the brow of any other hill, a simple scattering of stones inamongst the grass. But if you climb a little higher, the view on the far side becomes visible, and it is unreal.

I spent at least twenty minutes here, staring out at the mountains before me, totally in awe of what I was seeing. The panoramic picture I took on my old iPhone 6S doesn’t even come close to doing it justice, nor do the shots from my Nikon D5000 – the Picos really have to be seen to be believed. 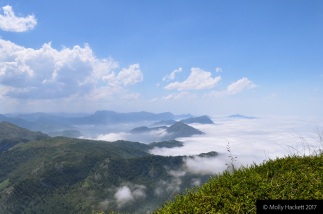 This Picos de Europa are famous for something other than these mountains, however; they are also home to a large population of cows. The cows are not fully wild – each wears a tag on its’ ear, and the occasional cattle grid in the road blocks them from roaming free – but they are true masters of these mountains. Even at the summit of the mountain I climbed, I could still hear their bells chiming in the distance, as they expertly negotiated the paths I had just scrambled along. The birdwatching is amazing, too – although my identification skills were limited to a few crows owing to my lack of binoculars or a telescopic camera lens.

If you’ve read either of my last two posts, you’ll know that my time in Europe was plagued by bad weather, time constraints, and a broken telephoto lens. By the time I reached the Picos I had at least managed to shake the rain, but I was still mourning my 55-300mm, and I was very aware of the departure time for the last bus back to my hostel. Thus, once again, I was disappointed in the images I returned with. 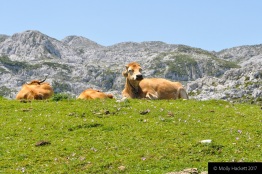 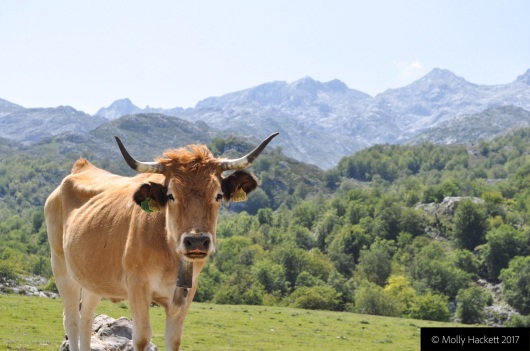 Perhaps I am being too hard on myself, however I know that when I am able to take as much time as I wish, and have all the gear I need, I always come back much more satisfied with my work than I have been recently. Hopefully once I’m back in England my posts will have more to show.